Welcome to the Genee

The Perfect Partner For Your Journey In 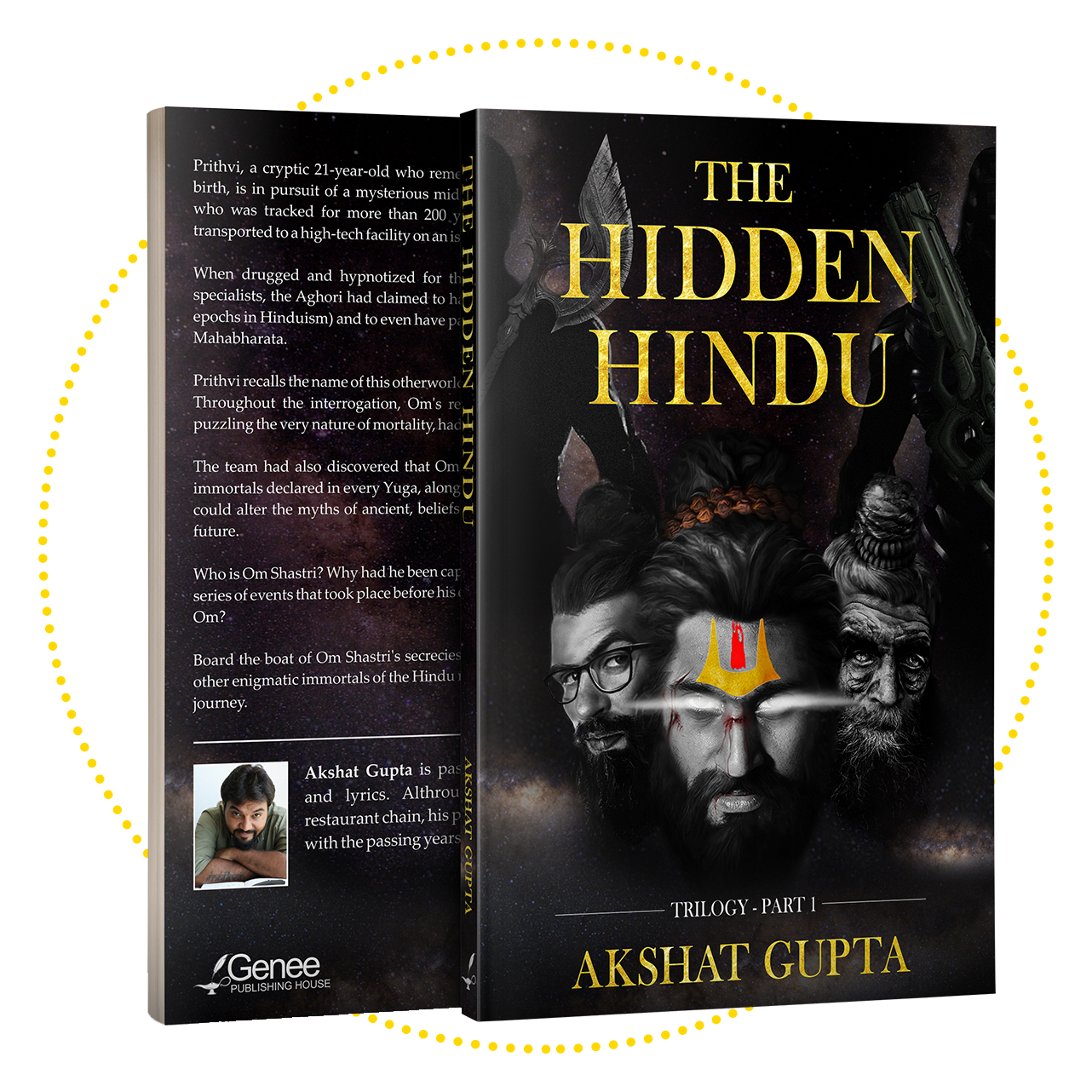 Prithvi, a cryptic 21-year-old who remembers incidents from before his birth, is in pursuit of a mysterious middle-aged Aghori (Shiva devotee) who was tracked for more than 200 years before being captured and transported to a high-tech facility on an isolated island of India.

When drugged and hypnotized for the interrogation by a team of 6 specialists, the Aghori had claimed to have witnessed all four Yugas (the epochs in Hinduism) and to even have participated in both Ramayana and Mahabharata.

Prithvi recalls the name of this otherworldly man. Om Shastri.

Throughout the interrogation, Om’s revelations of his incredible past, puzzling the very nature of mortality, had left the entire team baffled.

The team had also discovered that Om had been in search of the other immortals declared in every Yuga, along with all other bizarre secrets that could alter the myths of ancient, beliefs of the present and course of the future.

Who is Om Shastri? Why had he been captured? How can Prithvi recap the series of events that took place before his existence? Why is he searching for Om?

Board the boat of Om Shastri’s secrecies, Prithvi’s pursuit, and secrets of other enigmatic immortals of the Hindu mythology in the lightning-paced journey.

Though, he has the credit of successfully running a restaurant chain. Nevertheless his penchant for writing grew with the passage of time. The Hidden Hindu is the product of shear dedication and research for continuous two years. He is working on the second and third part of this fiction trilogy which is a blend of Hindu mythology and Indian history. Akshat is currently working on few scripts for known production houses in Mumbai.

We welcome quality manuscripts and invite authors to publish with us. We accept work in English and Hindi across all genres. If you’ve written a manuscript or planning to develop one that you think people must read, you’re at the right place! We will help your product reach the widest possible audience and achieve deserved success.

Please provide us with the following details, so that we can study your proposal.

Submit via email to geneepublishinghouse@gmail.com

Please allow 4 weeks for your proposal / manuscript to be considered.

Genee Publishing House was formed on 1 December, 2017 with the idea of new age publishing house that understands the literature and as well as the market. We are working towards becoming one of the most recognized names in publishing and therefore are interested in outstanding manuscripts in any genre written in English or Hindi.

With both arms open, we welcome all the bright and creative minds of the nation.

This is off canvas menu widget area. To enable it add some widgets into Appearance – Widgets – Menu Section, and go to Customizer – Main menu to set the icon position.